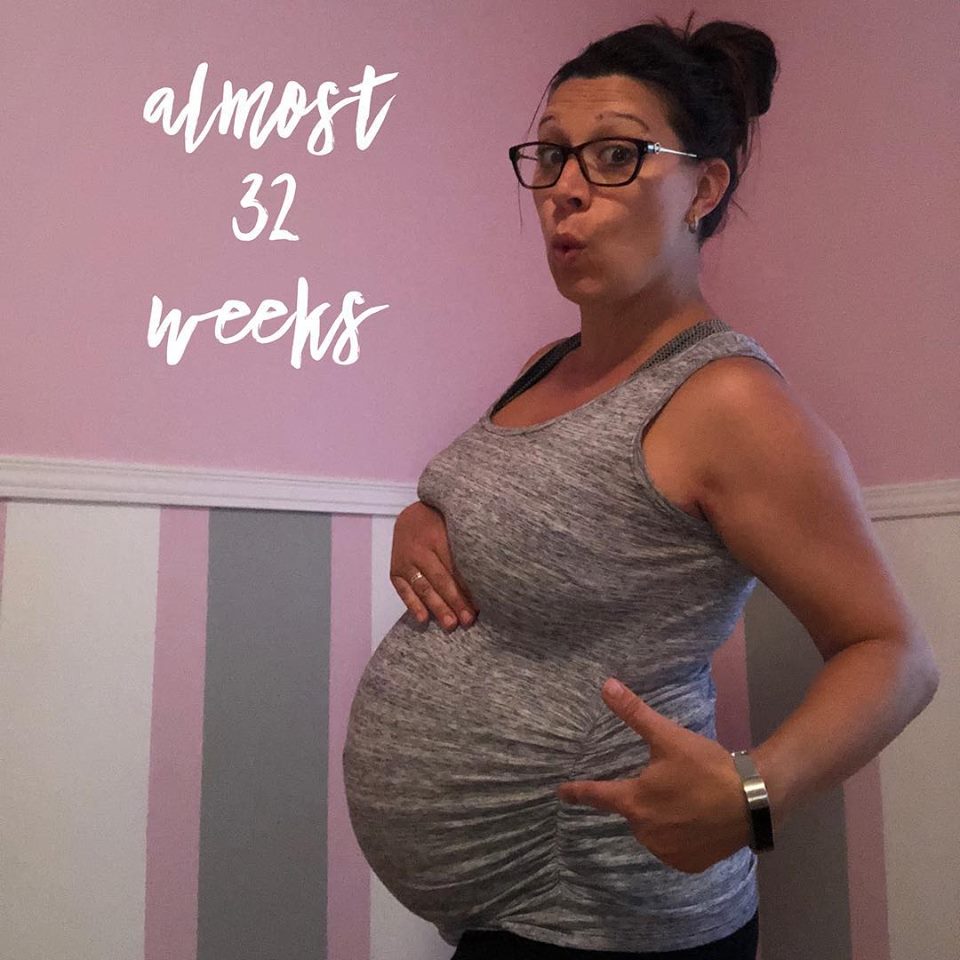 The news of us being pregnant came as a shock. I was literally stunned when we found out. I am sure that I had a true dumbfounded look on my face (I probably resembled a

The news of us being pregnant came as a shock. I was literally stunned when we found out. I am sure that I had a true dumbfounded look on my face (I probably resembled a dear caught in headlights) as I came out of the bathroom to my awaiting husband. My eyes were locked on the plus sign for a good 5 minutes straight in disbelief and I think I was reapeating ” No Way.. No freaking way!” to my equally shellshocked husband. The news also came on Christmas day, and although we are not particularly religious, we felt it was a good omen. (Despite the shock).My first two pregnancies were planned; and so being completely surprised was very new to me. We had been so careful for over 3 years, what had happened? Yes folks I KNOW how it happens but it just didn’t seem possible. Around Dec 22nd I had gone to my Aunt and Uncle’s 50th wedding anniversary and I was so emotional. I remember wondering why was I crying so hard (I literally went into the ugly cry during my speech for them and had to stop midway through as I was making a scene with my awkward sobs and inability to finish a sentence!) plus I had a DISTASTE for wine ( a true WTF!!).. That alone should have been a clue that something was up Haha!! Funny enough, a lot of people were surprised to find out that we weren’t actually “Trying” for a baby. We even had a referral for my husband to get a vasectomy. HA! After a few years of back and forth conversation ( should we vs shouldn’t we) we decided that we were happy with the life god graced us with and had decided unifiedly to close the door on a new baby. For those who are new to my life here is a very quick synopsis of my life thus far. Married young, had a baby at 25, another at 28, divorced at 31. New marriage to the man of my dreams who not only loves my kids as they were his own, but they love him equally as much. We get along with my ex-husband ( see blog here), bought a house, adopted a rescue dog and got married. Life is good.Anyways as newly weds, we were looking forward to taking family trips, renovating our home or getting new furniture. You know you’ve hit a certain point in your life when you spend a friday night learning how all the attachments to your new vacuum can work. And you’re EXCITED about it!! Then one day I had a few friends over and got quite tipsy. Yup you guessed it. Fun times with the hubby ensued and bam, nine and ½ months later our beautiful daughter was born via c-section ( you can read about my c birth story here). So here I am, 38 and starting over with a baby. Although the doctor reassured me many times that I was not, I felt like a geriatric pregnant women and was slightly embarrassed to be starting again. I got a lot of mixed reactions when I shared the news that we were pregnant. From “ wow, that’s so exciting for you both” to “oh.. Wow..I can’t believe you’re going to do it ALL again.” “ The DIAPERS… arghhh” “ Oh the sleepless nights!! “ These responses fell flat on what I thought was joyful news. And at times it really overwhelmed me. I didn’t see a new baby at 38 as a burden or as a negative experience. In fact I felt the opposite. Having a 13 and 10 year old growing up right before my eyes, I knew how fast it would go. I truly felt blessed to be able to live through another pregnancy.

I looked forward to see my body change knowing the miracle that was growing inside me. I knew that my husband and I would be a great team and that he would be an amazing support system to a pregnant wife. Although I had a rough pregnancy, (sciatica, back pain and sleeplessness) he proved to be everything I had hoped to have in a partner during that time. No matter the response, I looked forward to the snuggles, the smiles, the coo-ing and giggling. I knew that the universe had thrown this curve our way for a reason. My husband and I were meant to raise a child together, and no matter the sleepless nights, the stinky diapers, the trips to the ER ( so far two), I am so thankful that we have been blessed with this little miracle. ( Contact me when she’s a teenager and I’m nearing menopause. I may feel differently then.)