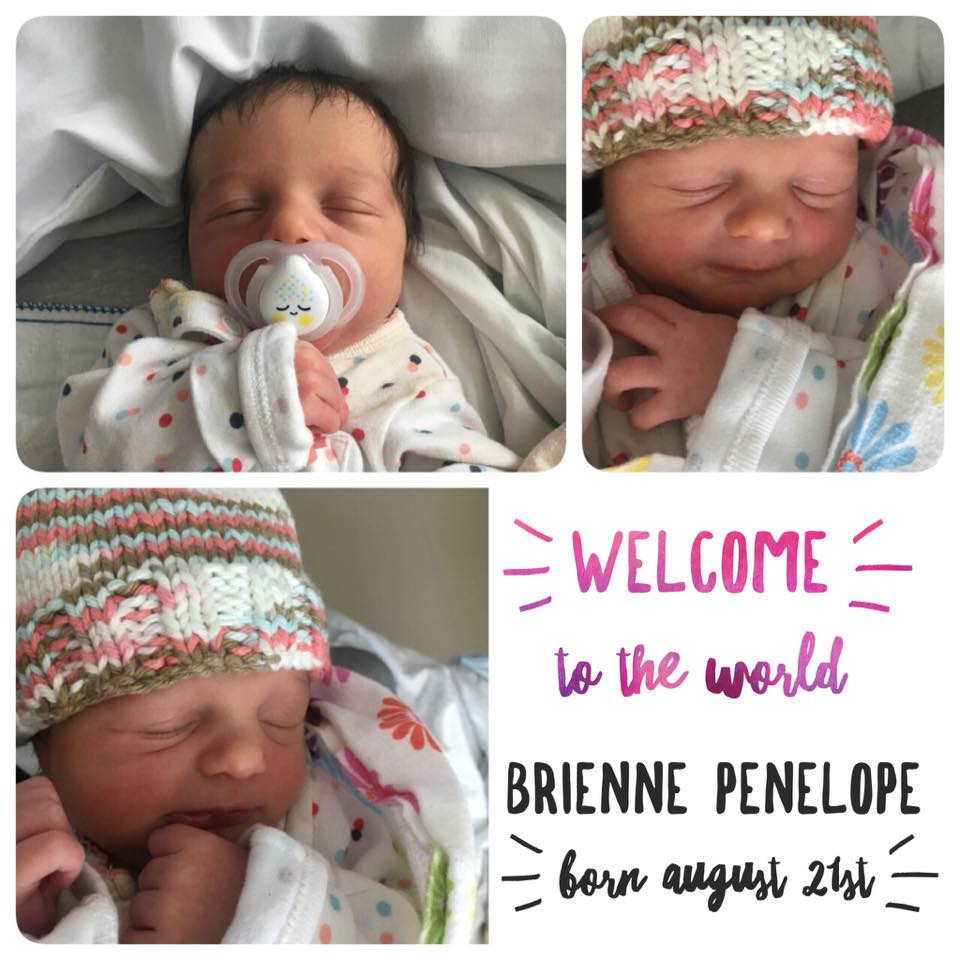 It was a beautiful Tuesday morning. (I’m assuming of course; we were at the hospital for 7 am and I have no memory of my drive there as my mind was filled with thoughts about

It was a beautiful Tuesday morning. (I’m assuming of course; we were at the hospital for 7 am and I have no memory of my drive there as my mind was filled with thoughts about my impending operation.. It could have been raining unicorns and I wouldn’t have noticed I’m sure. ) My actual due date was August 28th, and any woman would agree that I was lucky to get respite of a week, given that it was scheduled. In fact I’d like to find any woman that doesn’t think that 7 months of pregnancy is more than enough and this 9 ½ months nonsense needs to change ( where is evolution when you need it?) Nevertheless, I tried my darndest to go into labour once I reached 37 weeks. I ate spicy food ( no baby but I was successful at getting a runny nose, watery eyes and really bad heartburn).  I cleaned the bathroom floor on my knees, I waddled my way around the block in the hopes of starting labour, and nothing. Both Nick and I had become quite the presence over the spring and summer, walking our dog around the neighborhood. We met others with dogs or chatted people up when they were out working on their lawns, and I guess we became the neighbourhood talk as our due date loomed. We would get stopped in the street on several occasions by neighbours passing in their cars asking how I was feeling and if I felt like she was coming soon.. Sadly, my answer was always no. It was a really hot and humid summer and the heat was getting to be too much for me. My body temp was getting to be over 1000 degrees. Or so it felt. But alas, she didn’t want to come early, no matter what I tried. And so, on the morning of the 21st, we made our way bright and early ( and both on an empty stomach I might add; me because I had to fast for the c-section- who DOES that to a pregnant woman?? Talk about being Hangry!!- and Nick because he was so excited he couldn’t eat a thing!)

Once at the hospital we went to register at the Emergency ( as we were told to do) and I was soon brought to another section of the hospital where I was to undress and get prepped for the surgery. It was my very first c-section and I really didn’t know what to expect. I bragged often to my OBGYN that I had watched so many episodes of E.R. and Grey’s Anatomy that I was practically a doctor myself, but nothing could prepare me for the emotions I felt walking into the operating room, knowing I would soon meet our precious daughter. Oh and be completly vulnerable and cut open on the table. ( Fun times!)  As I walked further into the operating room, I immediately noticed that it was just like on TV ( they really do get it right!). Attendants all geared up in caps and masks were bustling about prepping the tools and chatting away about mundane things as if I wasn’t about to be cut open.. It was slightly off putting and yet calming at the same time. I was seated onto a bed and given the epidural. (ugh my back caves inward whenever I think about it, definitely not my favourite moment). Then I was laying down and my hands were tied to my sides ( did they think I was going to run??) and the drugs started kicking in ( BLISS!!!) I’ll save you details on the part when nausea hit me hard and I heaved into a teeny tiny pan held by some man to my left..Ha told ya anyway! ( I like TMI… sorry!) Finally I felt a sturdy hand grab mine, calmness and overwhelming emotion hit me all at once. Nick was by my side. ( he later shared with me what he was up to while I was getting prepped for surgery. The man was kept in the dark until he was told that he could join me).

Minutes past, the surgeons opened me up and I felt the pull of them stretching my stomach open to birth my daughter. Suddenly I heard my husbands  tearfilled, joyous voice saying “ she’s here, she’s here and she’s beautiful!!”.

The attendants cleaned her up, took her vital signs and brought her to my face. And that is how I first met Brienne