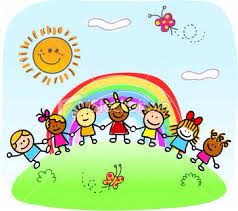 It’s a right of passage for most parents, and no matter how many times you go through it, it doesn’t seem to get any better. The dreaded daycare drop off leaves me with so many

It’s a right of passage for most parents, and no matter how many times you go through it, it doesn’t seem to get any better. The dreaded daycare drop off leaves me with so many darned mixed feelings! And even though it’s not quite the punch in the gut that it was the first time I left Brie, while she sat there crying, it’s still not butterflies and rainbows. Don’t get me wrong, this is NOT a dig against the daycare. In fact, they have been so great to this lunatic mom, who insisted on a 6 week slow integration, (sounds like a lot, but within that 6 weeks, we were on vacay for 1, and she was sick for some, then I was sick for a few days, unable to bring her (HURRAY FOR DAYCARE GERMS!!), so really she was there for maybe a total of 2 weeks, when you add it all up). In any case,  I will forever be grateful to how they accommodated us.

(Also full disclosure, I did notice that this daycare was diligent in keeping toys and the play area clean. So me getting sick was just because my immune system is currently crap, not their fault at all!)

You’d think that after having gone through this twice before, that I would have been prepared for this new yet familiar chapter, but alas, I am not. I don’t think we ever feel “great” about dropping our little munchkins off with strangers, no matter how nice, sweet and caring they are. I could have been dropping her off with Mother Theresa herself, and I still I wouldn’t of felt good about it!

It’s been more than 10 years since the last time I went through this. Given the gap,  I’ve been wondering these past few weeks, if it was as hard back then as it is now? I had a flashback to when I dropped Rowen off and had to rush out, him crying as I shoved him in her arms. The knot in my stomach that forms with that memory tells me that it was.

It was September 2006, and I was a first time mom. Little Rowen was the apple of my eye and the sunshine in my day. I’m just kidding, the poor kid had so much energy and devil in him, I couldn’t wait to hand him off to another adult.. Bahahaha. BUT, it was hard all the same. He was, after all, my first born. That October, I was going to be back to work full time, with a new company, and he was only going to be 10 and a 1/2 months old.  However, at the time, because there were no vacancies in a subsidized daycare, I had found a privately run home daycare down the street from where we lived. The lady was hispanic, and had a soft spot for Rowen immediately. She was warm, and inviting, her space was clean and organized and within the first few visits, I truly felt that she would care for him, as I would have, had I been able to stay at home. She allowed me to stay with him for a few hours, for the first few days, but as is usually the case with Rowen, he adapted super quick. Quicker than me, that’s for sure.

Moving on to 2009, I can tell you that it WAS slightly easier with Kate. By the time she had to go to daycare, Rowen was there too. I had the opportunity to switch him to a bigger, subsidized daycare when he was almost 20 months old, and he was such a social kid, he adapted to it immediately. When Kate joined him, the daycare would let Rowen sit with her, to help with her integration, and it worked really well. Kate was more than happy to hang out with her older brother. It was hard to leave her, but I felt a million times better, knowing her big bro was there to comfort her. It made all the difference in the world.

Getting back to the present, I find myself, once again, struggling with daycare drop off. ( My husband says “ I am soo glad it’s YOU.. I am not sure I could do it!” Yup… Thanks babe… (insert eyeroll)

Really, it’s kinda like I’m starting all over again for the first time. But this time it’s right away in a big daycare. That means that more than one woman will be looking after Brie, and she has no siblings there to comfort her incase she cries. I feel broken hearted. My inner voice is yelling “ Stay Home!!!” “ Don’t go to work!! No one can take care of her like you do!!!”  But at the same time, my wallet is like “ I’m empty!!! Get your butt to work!”. It’s a ping pong game between realistic expectations and wishful thinking. Sigh

Nevertheless, I have come to accept that as parents we are in a constant state of conflicting emotions. Game on.

But,  the truth is, I AM looking forward to being a part of the workforce again. I am excited about my new career, and the awesome company that hired me while I was on Mat leave.

Today (August 30th 2019)  marks the 4th day in a row that Brie has done a full 6-7 hours at the daycare. When we pick her up, she does cry a little but she is soon smiling and giggling as we head home.  She has napped, played, eaten and crawled all over that place. Without me. And although it does break my heart, it also consoles me. She is going to be ok.

So I guess what I am trying to tell you is this; if you are going through or will be going through the same thing, there is a light at the end of the cesspool tunnel of germs. It’s called Lysol. Just kidding. But you will definitely want some sort of disinfectant. My two colds in the last 10 days should be warning enough! In reality, this phase is a blip in the story of our lives, and as we all know, there are so many other FUN phases to look forward to! (Terrible Two’s and F&%&ing Fours?) Once we get into those, I guess this WILL look like butterflies and rainbows 🙂